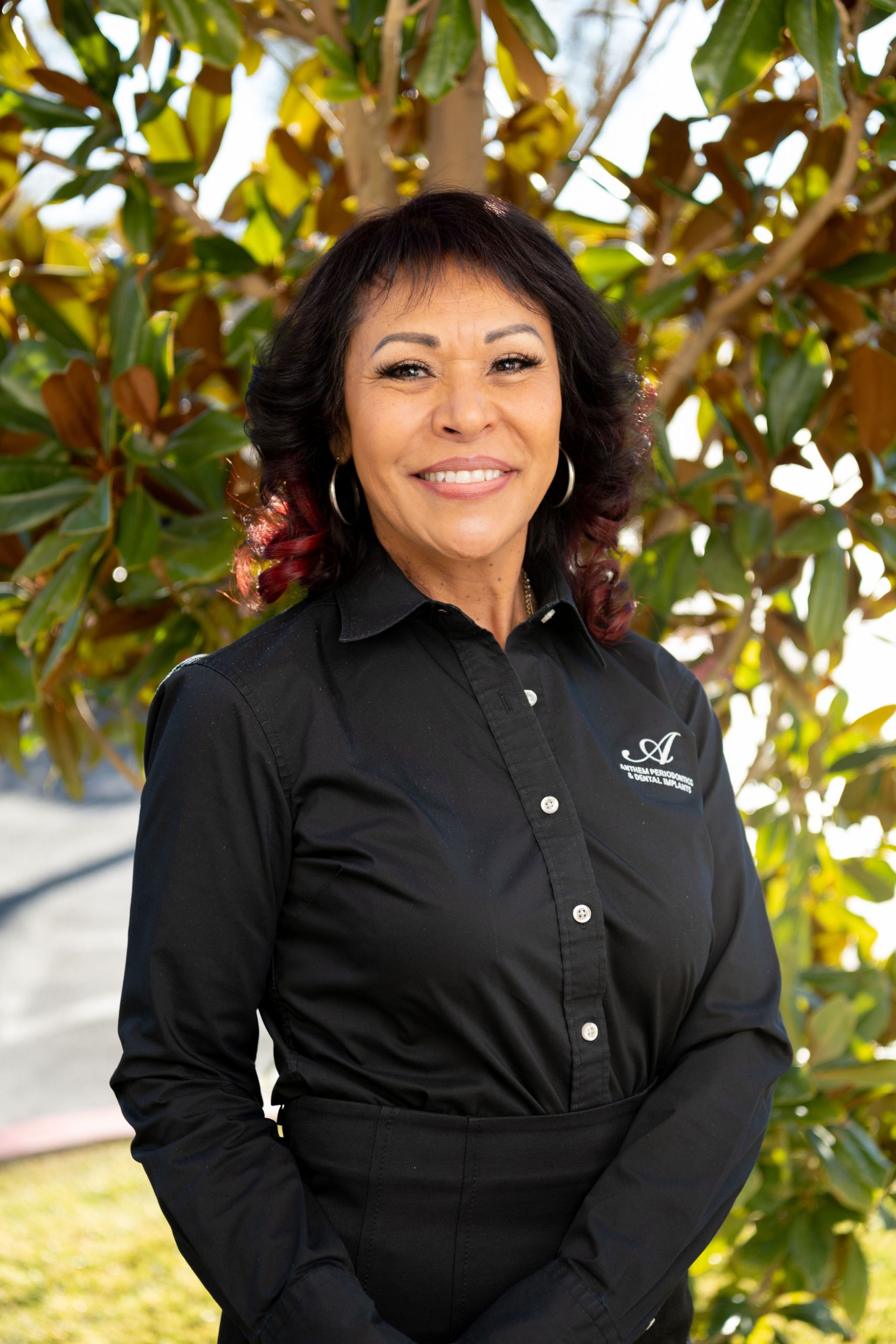 Dolores has been with Anthem Periodontics and Dental Implants since 2011. Her passion for dentistry started in 1980 when she started her dental career as a Dental Assistant. Dolores later became a Treatment Coordinator. She paid great attention to detail and wanted to have a better understanding on how insurances coordinate benefits to better assist patients in utilizing their insurance. Dolores attended on insurance panels, and educated herself on all levels of dental insurance, she eventually became known as an “insurance guru”, which led her to becoming a Practice Manager. Dolores has worked in General Dentistry alongside some exceptional teams. She is experienced in Orthodontics, Hospital Dentistry and Periodontics.

Dolores and her husband Paul lived in Costa Rica, where she taught conversational English to 3rd and 4th grade. Dolores and Paul returned to the United States in 2009.

Dolores found her way back to the profession she had always known and loved. She has a sincere passion for the specialty of Periodontics. Dolores strongly believes in educating patients about their Periodontal Disease and the effects it has on their overall health.

Dolores enjoys traveling the great outdoors, spending time with her family and her fur babies: Lorita, Leo and Toby. 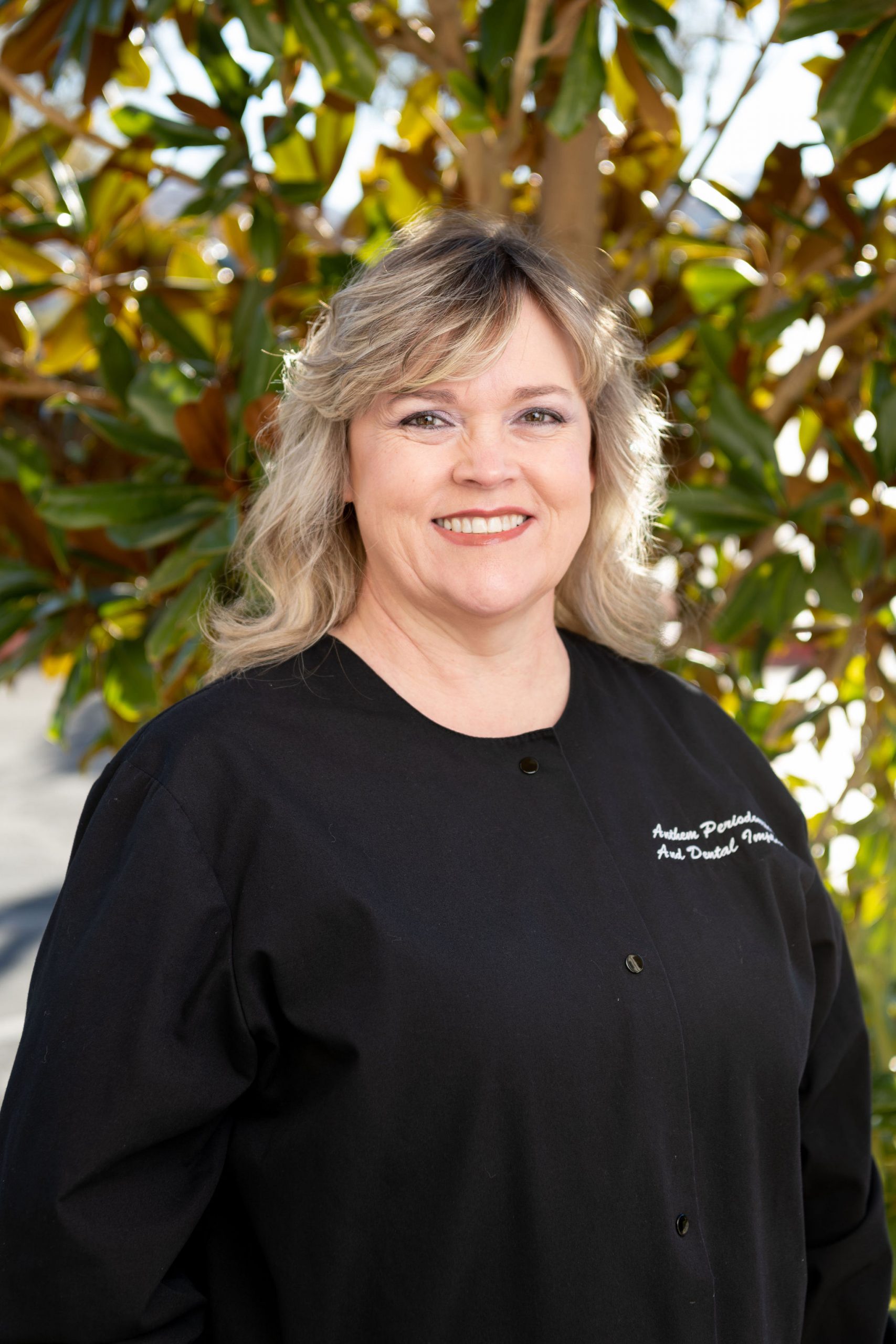 Cindy began her dental career as a dental assistant for 16 years before joining Anthem Periodontics and Dental Implants as Dr. De Andrade’s hygienist in 2007. Cindy fell in love with educating patients on their oral health and decided to further her education and become a Dental Hygienist, all while raising 3 children.  She managed to juggle being a mom while studying for her exams because Cindy was certain of her love for dentistry. Cindy started with Dr. Ed De Andrade right after graduating hygiene school. Cindy has endless appreciation towards Dr. De Andrade for teaching and molding her into the provider she is today. Cindy considers Anthem Periodontics and Dental Implants her extended family. Cindy’s job satisfaction comes from educating her patients on proper home care, and always treating her patients with respect and understanding. Even as adults we can always further our education on not only our periodontal health but the effects it has on our overall health. When a patient notices the positive change in their health after being treated it is the ultimate reward for Cindy. Her everyday goal is to make patients feel comfortable and safe in her chair, which patients always express their gratitude. 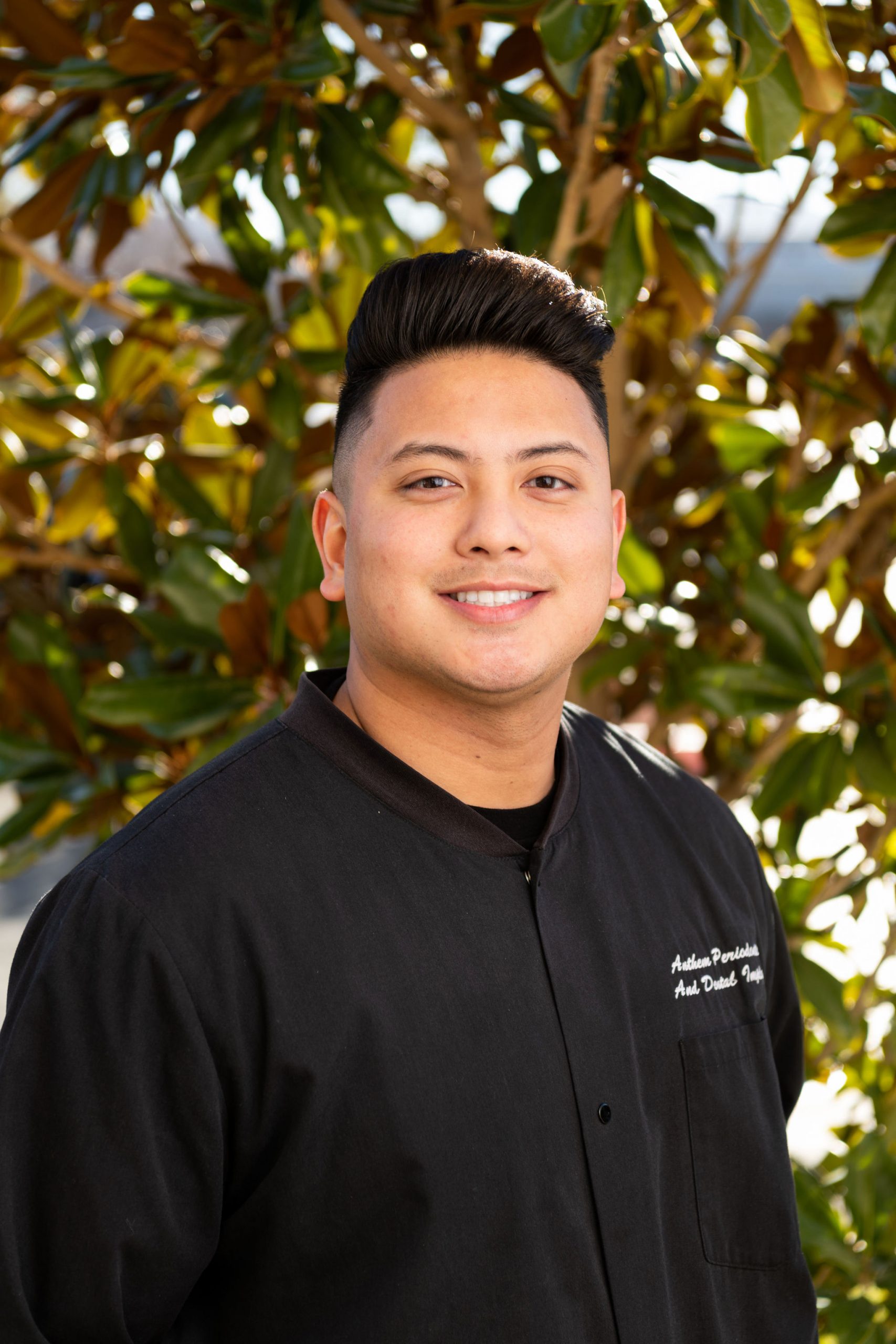 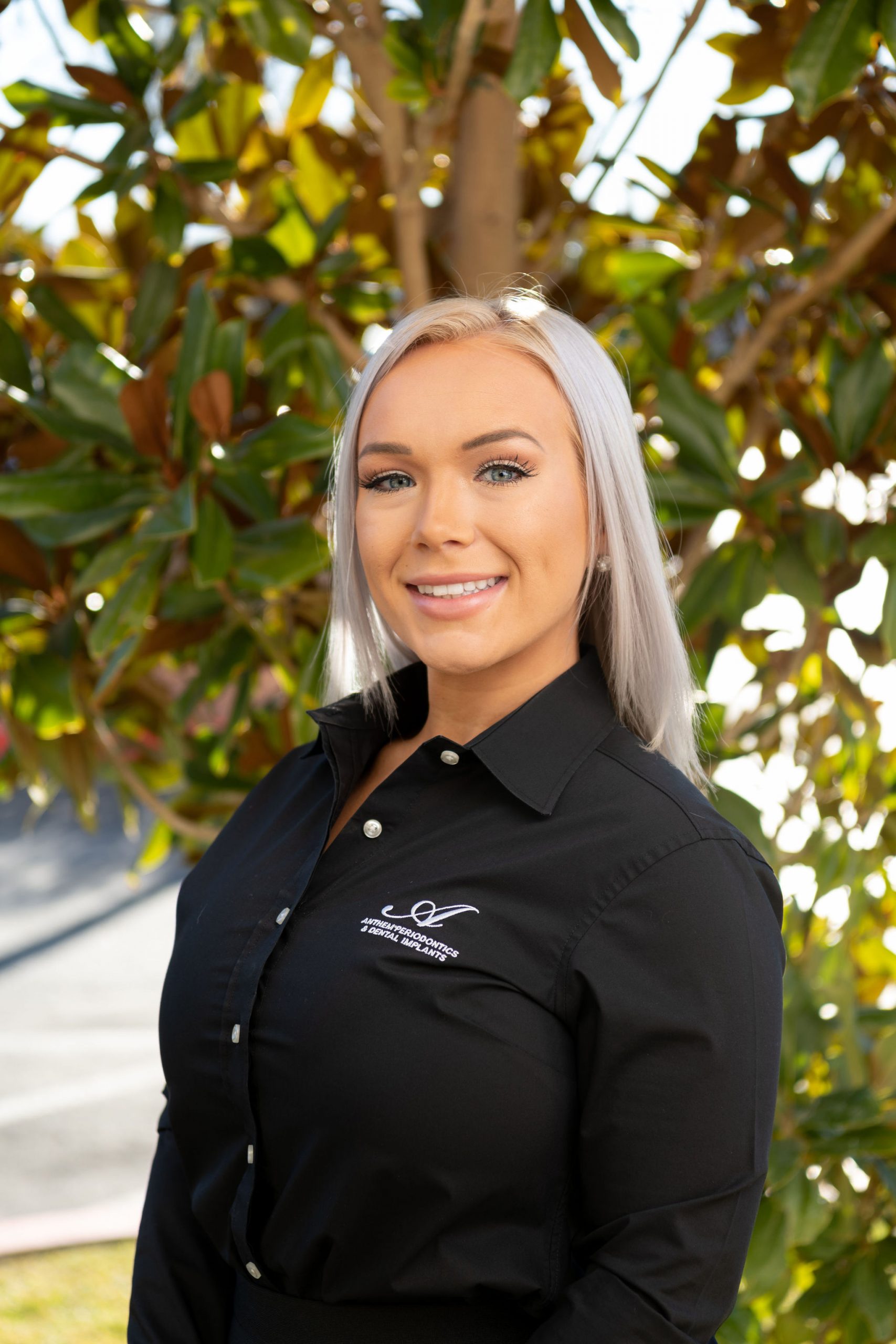 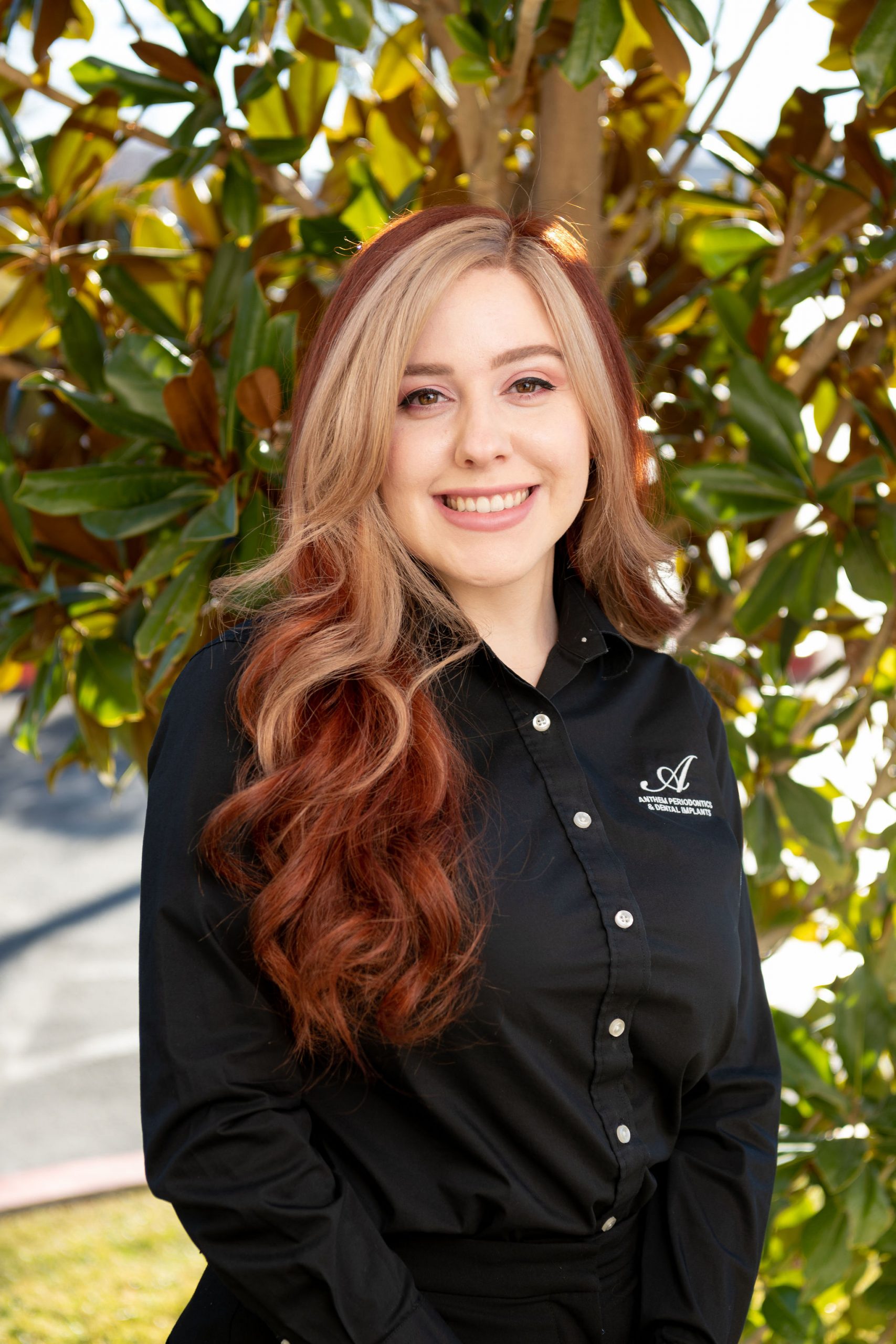